Even More, Scarier Reasons Why Communication in the Workplace Sucks

Guest post by Robby Slaughter. Randy Clark wrote a nice piece entitled Why Communication in the Workplace Sucks. And he’s correct: workplace communication does suck, and the reasons he gives are certainly valid. Because yes: we don’t listen, we don’t give our full attention, we don’t think carefully about which medium to use when communicating (and often use the wrong one), we don’t read the entire thread, and we don’t check to make sure others understand. But there’s a darker, far more profound reason why communication sucks: apathy.

Why Communication in the Workplace Sucks

To put it in corporate language: many people don’t value communication. As George Bernard Shaw once quipped, “The single biggest problem with communication is the illusion that it has taken place.” [1] We are often more interested in having said something than we are in being understood, or getting on with whatever is next rather than making certain that everyone is in agreement with what has happened and what is supposed to happen. We’re also not particularly focused on getting the details right. Because, in many organizations, someone who works for us will have to figure that out. General instructions are “good enough” if you’re the boss.

A reason we don’t care about communication is because so much of it is noise. It is in the background, or it contains no useful information. Consider the signs that read “Employees must wash hands before returning to work.” Are these actually effective at achieving the stated goals, or are they merely defensive mechanisms that lawyers have advised? Furthermore, communication is often knowingly false or misleading: “I’m not aware of any planned layoffs” or “I can neither confirm nor deny that statement.”

Plus, we can be confident that if it really is important, it will be repeated. If you miss that call, they will call back. If you don’t write down the appointment, you’ll get a reminder. If you fail to pay the bill on time, there will be a second notice. Why value communication when others don’t seem to value it?

Perhaps the best way to understand this is to think of the steps in the cycle. When you are new to an organization, you are unaware. Pick your tired cliche: deer in the headlights, drinking from the firehose, constantly circling back and taking things offline. Then after a while, you start to get a sense for how things operate. At this point, you feel engaged and ready to start being productive.

But here’s where too many organizations fail the people in them, because the culture does not embrace those who care. Instead of that engagement being nurtured and supported, it is dismissed through sarcasm and disinterest. Details are left out. Questions go unanswered. Problems are left unsolved, often even unacknowledged. And the new employee goes from engaged to frustrated.

Human beings are great at being angry, but we can’t keep it up for long. And the end result is disinterest. “It is what it is.” “We can figure it out next week.” And pretty soon, we’re no longer frustrated. We’re apathetic.

Chances are the reason communication is poor in your workplace isn’t as simple as making sure you have agendas for your meetings, or that you avoid email for conversations. Instead, it’s likely because people don’t care about communication, because, people don’t care. And that’s a much harder problem to solve, because it must be echoed and reinforced and supported throughout the organization.

There is hope. You’re here, after all, reading an article about why workplace communication sucks. What you can do is tell people that you care. You can take every comment at face value (even the sarcastic ones) and be conscientious about your communication. You can respond to a voicemail with an email. You can write documentation and put it out on a shared drive rather than replying to each question. You can be kind and honest and gracious with others, even if they aren’t with you. And maybe your efforts will rub off on people.

And of course, keep your eye on the job market. Because there’s always somewhere else to go. There’s always new people, new opportunities, and new adventures ahead. 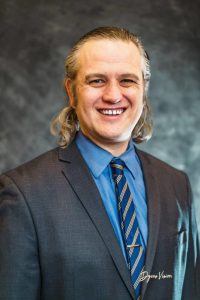 Robby Slaughter owned a consulting business for over 15 years, but closed it down in 2021 to pursue public service. He is an independent candidate for U.S. Congress in Indiana’s 5th District. Learn more at https://robbyslaughter.com/

[1] That quote sure is quippy, but it wasn’t said by George Bernard Shaw. This illustrates one of the other problems with communication: we often speak from a place of authority, not a place of truth. Attributing a quote to a famous person makes it seem more impactful. But, shouldn’t the idea stand on its own, regardless of the fame of the person who said it? https://quoteinvestigator.com/2014/08/31/illusion/

Photo by Memento Media on Unsplash

About the Author: Randy Clark

Randy Clark is the Director of Communications at TKO Graphix, where he blogs for TKO Graphix Brandwire. Randy is passionate about social media, leadership development, and flower gardening. He’s a beer geek and on weekends he can be found fronting the Rock & Roll band Under the Radar. He’s the proud father of two educators; he has four amazing grandchildren, and a wife who dedicates her time to helping others. Randy is the author of How to stay Ahead of Your Business Blog Forever and The New Manager's Workbook a crash course in effective management, and The Manager's Guide to Becoming a Leader He can be found on Twitter @RandyLyleClark, Facebook Randy Lyle Clark, and LinkedIn Randy Clark.